‘Model 77’: the other Spanish transition

As Alberto Rodríguez focused on television projects such as “La peste” or “Apagón”, his long absence on the big screen was less noticeable. Six years after the success with the wonderful ‘The man of a thousand faces’, the Sevillian director returns, always in great style, with “Model 77″inspired by real events and which debuted in commercial theaters after being presented in the Official Section – out of competition – at the 70th edition of the San Sebastian Film Festival. 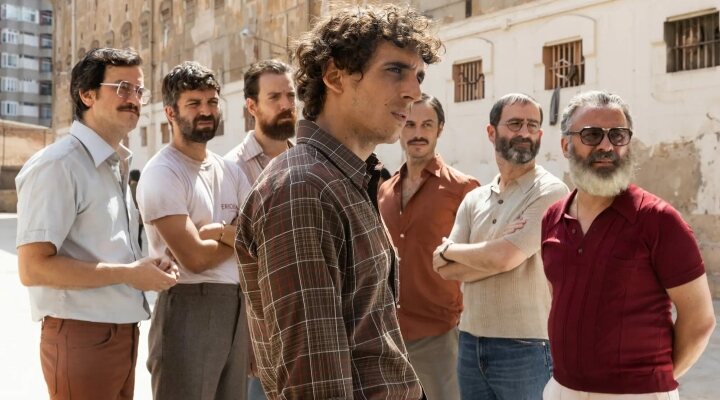 “Model 77” refers not only to the model prison in Barcelona, ​​closed in 2017, but also to the massive escape that took place in 1977. However, these historical data serve to create a fictional story that knows how to combine very well with the usual ingredients of biopics and historical cinemabecause they show an uncomfortable face of the Spanish Transition, which reminds us that democracy has not reached all levels and that, as the name indicates, The change of regime did not mean a total transformation, since many figures of the Franco regime remained in their positions after the arrival of democracy. and the subsequent approval of the Spanish Constitution of 1978.

Rodríguez is not a layman on this subject, as he has already spoken about it in “The minimal island”, with Javier Gutiérrez transformed into a policeman with a past linked to the repression exercised by the dictatorship. In this case, the director goes back a few years, precisely in the years of change, between 1975 and 1978, in an environment that seemed foreign to Spanish society: prisons. 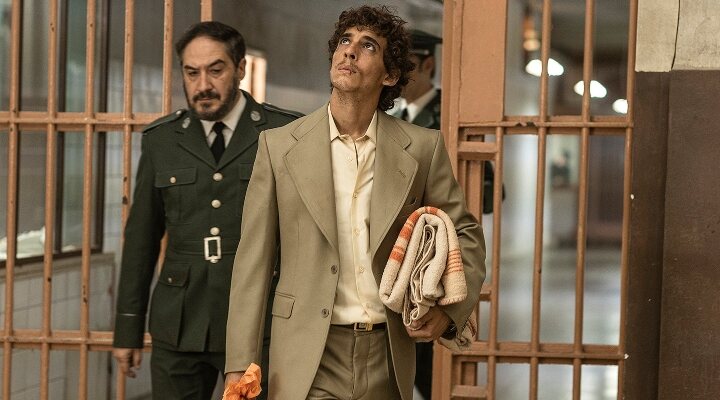 Although there has been talk of political prisoners and how they managed to get out of it with the arrival of democracy and the related amnesty, there was nothing with the rest of the prisoners, those convicted of common crimes and who suffered sentences imposed by Franco’s courts, lacking any real guarantees. This is where Rodríguez concentrates, who wrote the screenplay of the film together with Rafael Cobos, to which it is added that there were not even minimum guarantees for the health and treatment of the detainees, making prisons places where human rights constantly came. violated.

Therefore Rodríguez makes an uncomfortable exercise of historical gaze with his proposal, which explores the gray spaces that the Spanish Transition had, which did not reach all areas of society equally. She does it with a superb historical drama that begins as a social portrait of Spain in the 1970s and ends up leading to a prison drama that drinks from classics like “Escape from Alcatraz” or “Life imprisonment”, especially in relation to the harsh conditions endured by the prisoners and how the struggle to obtain it ends up leading to flaws in the purest ‘each for himself’ style.

There is also Rodríguez, in the capture how the illusion of the arrival of democracy is diluted before the champion of a company has actually left his past behind. The cryptic critique the film makes of those idealistic lawyers, persecuted by the dictatorship, who have ended up being part of a system that has chosen not to look at prisoners as individuals is very striking. On the other hand, the film pays homage to COPEL, the union of prisoners in Franco’s prisons between 1977 and 1979, which also reflects that struggle in which Goliath finally beat David. 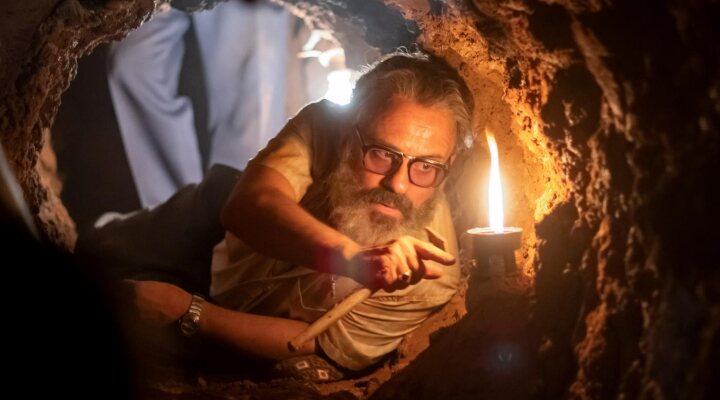 In this wonderful combination of history and prison drama, its actors stand out in particular. Javier Gutiérrez is always sublime and his Pino reflects pragmatism and how he ends up imposing himself in an uncomfortable reality, is one of the more introverted roles of the interpreter and that could be the opposite look to his detective of ‘The minimal island’. She joins Miguel Herrán, who hadn’t made a better performance since ‘In exchange for nothing’. In fact, it is in ‘Model 77’ where it is seen that it has dramatic material, for extreme characters, being able to bear the weight of the plot in much of the footage. It is true that he is very well accompanied by Gutiérrez, as well as by other solvent actors such as Fernando Tejero or Jesús Carroza, but the fact remains that This is one of his works in which, truly, he has been seen giving himself body and soul to the character.

There could not have been a better return to cinema for Alberto Rodríguez, “Model 77” is a splendid prison drama and an embarrassing throwback to the past, with which the director emphasizes the darkest moments of the Transition, which he does not question, but invites us to look at it in a much more realistic way. A return also to the origins, being a thriller with the spirit of cinema quinqui, like ‘7 virgins’, in which it focuses on that Spain of the abandoned. A sublime proposal that already aspires to become one of the best titles of the year.

The best: How the script manages to convey the historical background that one lives outside of prison.

Worse: Its final part takes too long to arrive.