‘Zorro’: the video showing how the filming of the Prime Video series would have littered the coast of Gran Canaria

‘Zorro’ is one of the new projects of Amazon Prime Video, where we will see a modern version of Diego de la Vega, played by Miguel Bernardeau. Filming of the series will take place in different areas of Las Palmas, Arucas, Gáldar, San Bartolomé de Tirajana, Telde, the protected natural area of ​​Nublo, the Caldera de Tejeda and the Sioux City theme park. Since these are recordings in natural spaces, the production should respect the environment, which, in some cases, does not seem to happen. A Twitter user named Ernesto Santana denounced this November 23 that on the coast of Arucas (Gran Canaria), the filming left many residues and remains of the set, soiling and contaminating the natural environment of the coast. 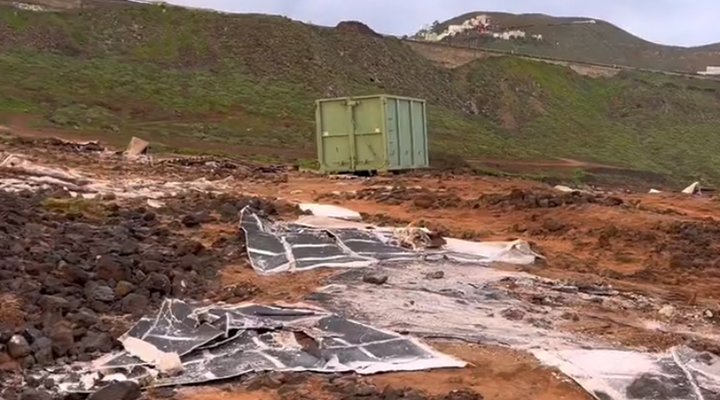 The tweeter has shared two videos through his profile in which he shows what the coast of Arucas was like after the passage of Amazon Prime Video and the production company Secuoya Studios, in charge of filming ‘Zorro’. Ernesto explains that he had gone there to enjoy the sunset and see the Indian village they had set up for filming, which, according to what he says, was still standing a week ago. However, upon his arrival he did not find the village, but its remains, distributed throughout the area.

In these videos we can see the remains of the decoration that made up the Indian village, with scraps of different materials, such as various remains of plastic, plaster, wood and even the remains of a campfire. “As you can see, everything is a fucking mess. And, even though I see that there are two containers that they are collecting rubble in, I have a hard time believing that, over time, this will remain as it was,” explains Ernesto.

Ernesto commented that his video is meant to show how they left the area and act as an exposé of the situation. Also, the user has indicated that he will come back in a month, to check if he has cleaned it or, on the contrary, if he leaves it all dirty and full of residue. “Let’s see if they leave everything as it was because, really, what they left here is fucking disgusting. In other words, they’ve turned the area into a dumping ground.”

Today, November 24th, Ernesto uploaded a new video commenting on the situation. He was due back in a month, but he had to go back to take some pictures, so he took advantage of the impact of yesterday’s video to update the information. As he shows us, they have taken the containers and it seems that they have cleaned up the biggest waste that was in the area, such as the remains of the barracks. However, as Ernesto recounts, there are still residues and remains of materials on the coast of Arucas. “A day later, a lot of work was done, yes, but this was nowhere near the same when they arrived, and that’s not how it should stay, the truth”comments the tweeter.

UPDATE: Garbage on the coast of Gran Canaria after the filming of the series “Zorro” by @PrimeVideoES from the manufacturer @SecuoyaStudios.

The next day, the containers and some of the rubbish are cleared out, but the area is still destroyed. pic.twitter.com/9ZAR3EiUHK

As we can see in the video, Although they have collected much of the rubbish and waste, there is still a lot of material left, such as plastic waste or rubble, things that, as Ernesto denounces, weren’t there before the shooting, and shouldn’t be there after.

Aldi has the best and cheapest Christmas plants: from poinsettia to Christmas cacti at unbeatable prices