Antonio de la Torre (‘Stories not to be told’): “Nothing better than comedy to overcome the anguish of these years”

Cesc Gay joined the representation of Spanish actors to create ‘Historias para no cuentar’, his latest comedy feature in which the shame it is the link. In five short stories, the characters will have to face their own truth in order to hide it from others. Here the comedy is not in the dialogues, but in the context “in the exploration of the characters”says Brays Efe. The situations are so absurd and so normal that you feel identified. The idea, says Alexandra Jiménez -with Maribel Verdú and Nora Navas on stage-, “It’s feeling identified in the cinema and dying of embarrassment.”

The key to Gay cinema is precisely this, normality and closeness to the public: “I write about normal characters who have normal things happen to them.. I will never talk about dirty cops or zombies. Maybe that place is much easier because you are close to people, you know what happens to them”. That’s why the director calls it a film very festive, light, where the actors worked for a few days and it was simple to build, “This, fortunately, has been passed down.” 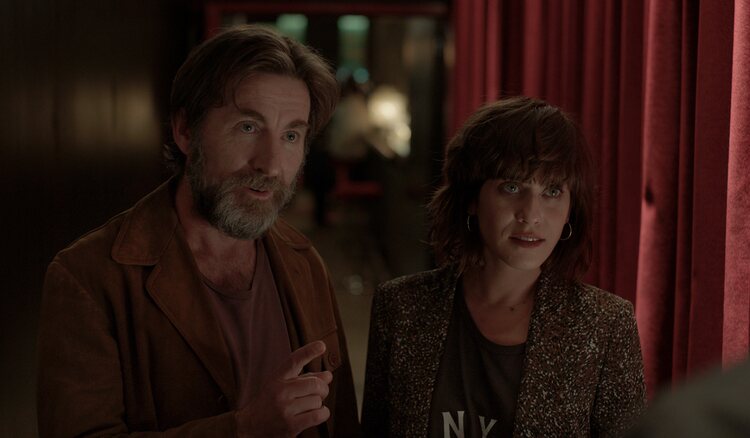 The film’s five stories work like a perfect cog that puts the absurd comedy of everyday life at the center. The actors didn’t even see each other during filming and the stories were recorded at different times. Anna Castillo, Chino Darín and Javier Rey, protagonists of a love triangle which, as Castillo says, “It’s the most normal thing in the world. It happened to me many years ago, I wasn’t my character in the film, but something similar happened to me when you get tangled up and don’t know how to get out of it. Now I see it with tenderness. But at the time it was shame, pathos, “the earth swallows me”, but from the outside it’s funny. That’s what makes this movie special.”

Antonio de la Torre, María León and Àlex Brendemühl, protagonists of the second story. Brendemühl thanks the director for the character of him because “Only Cesc gives me these roles. I think I’m used to acting weird and these things go out of my comfort zone. Furthermore, Cesc is a “deus ex machina” who knows exactly what he wants and goes straight to the point. He perfects a lot what he wants to achieve.”

After the pandemic, the months of confinement, the war and the crisis, it seems that everything has conspired to revolve around the drama. In real life and in movies. That’s why ‘Stories Not to Tell’ It’s a breath of fresh air. De la Torre recalls that filming was at the time of the pandemic. “I thought a lot while giving birth about how fragile we were and what kind of cinema would be made from now on. It’s curious that there is so much drama when perhaps, The most interesting thing is bringing out the angst through comedy.”

Alejandra Onieva, -on stage with Jose Coronado and Javier Cámara- believes that cinema is the same, but our need is different, “I think the balance is balanced, but the viewer demands more comedy”. Efe -who shares a story with Verónica Echegui and Quim Gutiérrez- adds “It has been a very interesting year in which there have been many proposals and very different themes, with ‘Alcarràs’ or ‘La maternal’… with stories that teach us different things. What this film has is that it is a film by Cesc Gay, a tone you already know and very naturalistic”. But the director doesn’t give much importance to it, “In my case it was a coincidence. The last drama I did was in 2015 with ‘Truman’ and from there I took a turn. Maybe because I’ve lost the fear of doing comedy in the theatre, but it wasn’t on purpose.It was simply the path I chose.” 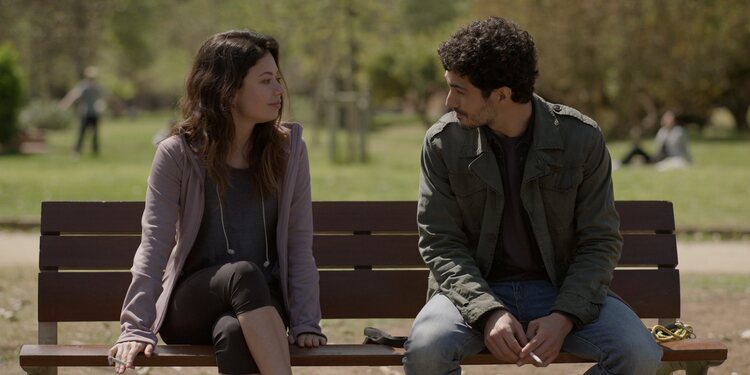 Stories not to be told

The actors remember that this film came into their hands when masks and antigen tests still existed. “I’m from filming ‘Wild Sunflowers’ and I was very grateful to see something easier”explains Castillo. And Onieva, still a little bit and doesn’t make the film: “I was living in Los Angeles and did the first casting via video call. The second was face-to-face in Spain but I tested positive. It was delayed ten days and I thought I would be fine by then but it continued testing positive I also had all the symptoms. But I knew it would work because I hadn’t worked during the pandemic and felt God was pressing but I wasn’t going to drown.. I took the only plane that arrived in Madrid at ten in the morning and the casting was at eleven at Coronado’s house. Just the day before, I tested negative. It had to happen.”

De la Torre laughs with Onieva: “If Cesc finds out about this story, he’ll make a film with you. It can be me at the airport to tell you, ma’am, that you can’t fly.”

These five independent stories meant that the actors were not seen during filming. “I didn’t see anyone and everything seemed very strange to me, I thought I would work with everyone but no one appeared there”laughs Onieva. That air of micro-stories recalls the atmosphere of the theatre, a space, a time, constantly interacting characters. Even if for Castillo, “The closest thing to the theater to the cinema is the sequence shot, because there are no cuts. Here the emotion lasts for two weeks”.

Cesc Gay’s Mayhem materializes in theaters on November 25th. Now, the director will premiere the show ’53 Sundays’ in Madrid and after that a moment of writing awaits him. “I do it in a very chaotic way, so I don’t know what’s next, a movie or a series”says the manager. What he knows is that he’s not afraid of carte blanche. and he finishes by saying that you have to go see ‘Stories Not to Tell’ because “You’ll have a blast”. Well, that’s all.